Thirty years before South Pacific would grace the silver screen, an earlier film that also explored the clash of civilizations in Polynesia, White Shadows of the South Seas, wowed audiences with its cinematography and, like South Pacific, a melodramatic love story between an American (Monte Blue) and a beautiful Polynesian girl, Fayaway, played by Mexico-born actress Raquel Torres.

Inspired by a 1919 travel book of the same name (by Frederick O’Brien), what is significant about the film is that it was shot in Tahiti, featured a supporting cast of Tahitian islanders, and was the first MGM picture to be released with a pre-recorded soundtrack, which consisted of a musical score and a few effects. It was also the first film in which the MGM Lion (known then as “Jackie”), roared during the introduction.

Leonard Maltin writes the film “features stunning, Oscar-winning cinematography of the Marquesas Islands welded to a story about the corrupting influence of Western civilization, with Blue as an alcoholic doctor who falls in love with native Torres and clashes with an exploitative (pearl) trader…Portions of the beautiful, documentary-style footage were shot under the supervision of Robert Flaherty, who fought with the studio over its emphasis on a melodramatic plot and left the production.”

The film also caused David O. Selznick, one of the top executives at MGM, to quit the studio over a dispute with fellow MGM exec Hunt Stromberg. According to the 1990 book The Dame in the Kimono by Leonard Left and Jerold Simmons, David (Selznick) thought it an idyllic story, Hunt wanted more sex.

Speaking of Garbo, the New Yorker’s film critic “O.C.” was one of the few moviegoers in the world not bewitched by the Swedish actress. In the same issue this is what he had to say about her latest film, The Mysterious Lady: 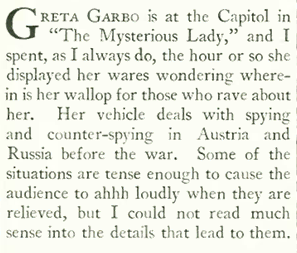 As I’ve noted before, The New Yorker of the 1920s was decidedly mainstream in its treatment of blacks and other minorities as racial “others.” Here is an example (from the Aug. 11 issue) of the casual bigotry that occasionally could be found in “The Talk of the Town,” this penned by none other than James Thurber:

…and a few pages on in the same issue, this filler art by Julian deMiskey:

And to close out the Aug. 11 issue, Barbara Shermund looked in on the Uppers during a moment of contemplation:

Flanner gave us a taste of how the French regarded the recent “Battle of the Century” between heavyweight boxers Gene Tunney and Tom Heeney: 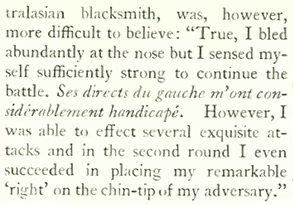 Flanner also wrote about an amusement park near the Porte Maillot in Paris called Luna Park: 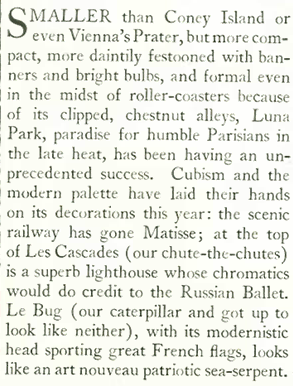 Another sports celebrity who didn’t mind relieving Old Gold of some extra cash was Babe Ruth, who was next in line to submit to the blindfold test:

I include this ad for Proctor & Gamble’s Ivory Soap (from a 1928 issue of The Saturday Evening Post) as an explanatory note for the New Yorker cartoon that follows, by Gluyas Williams… 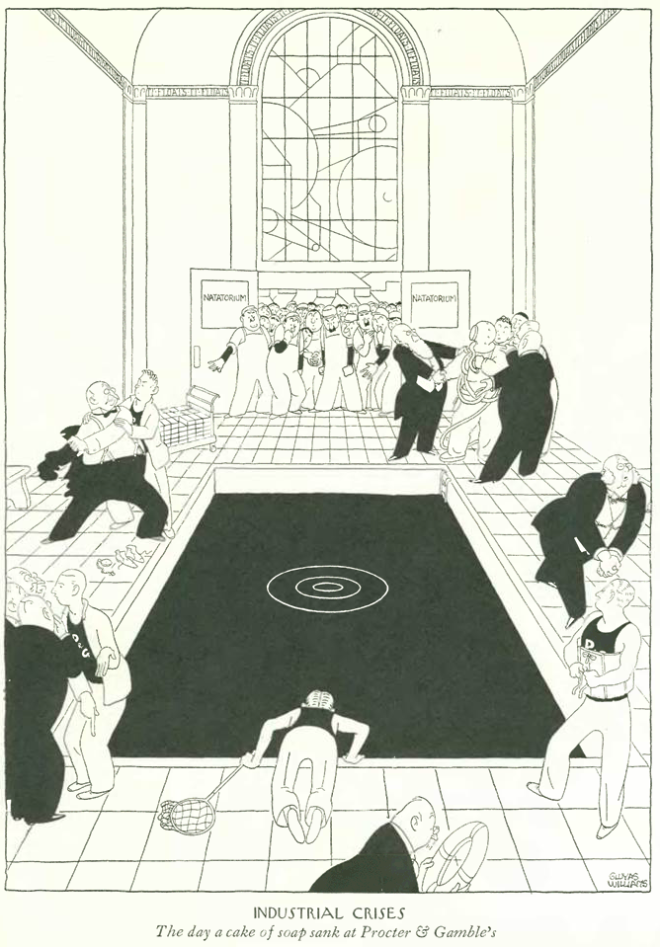 Also in the issue, John Held Jr. contributed one of his famous maps, displayed sideways, full-page (click to enlarge): 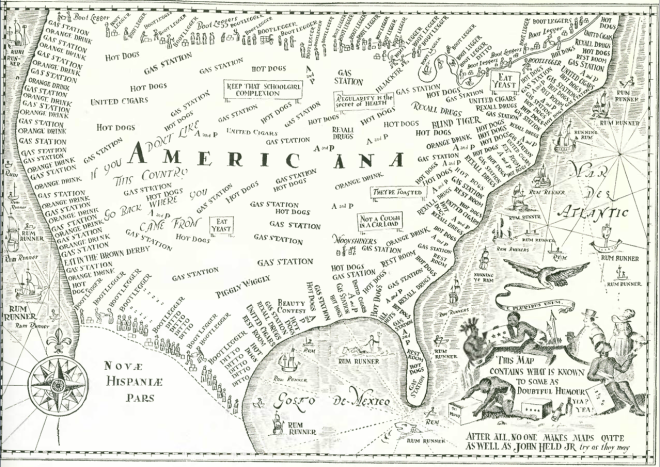 And finally, we close with Peter Arno, and two outraged spinsters: 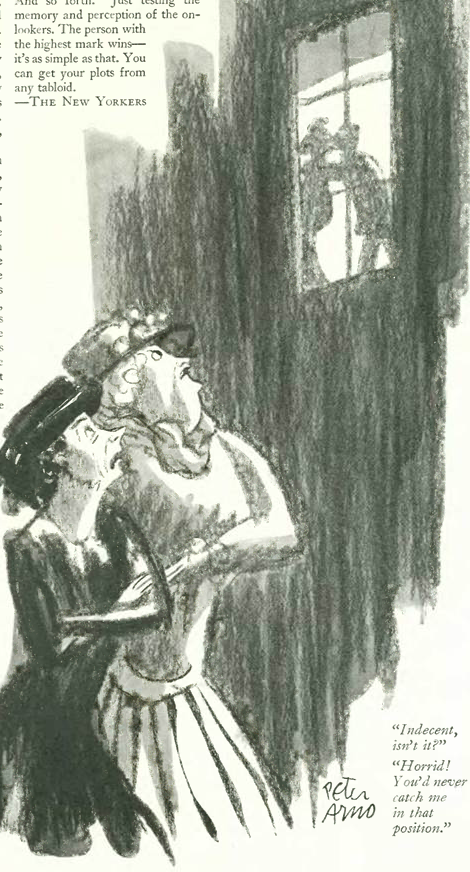 Next Time: Hit of the Century…