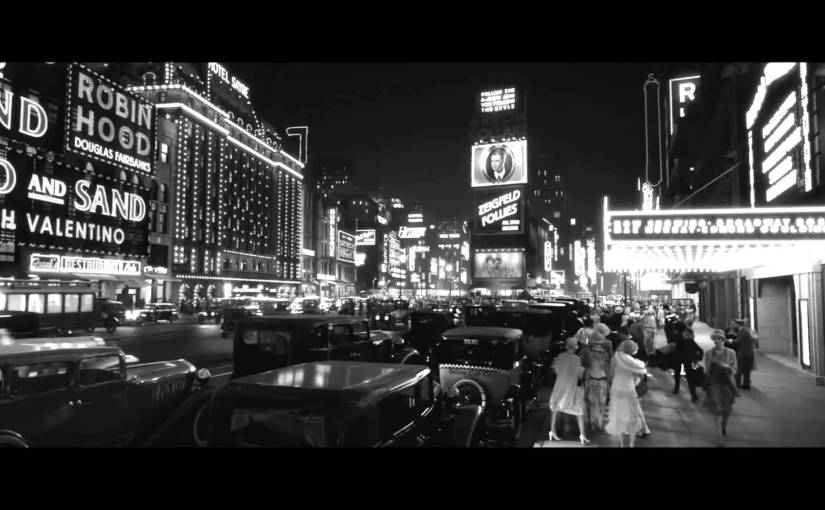 The lights of Broadway dazzled the editors of “The Talk of Town,” who commented on the changing displays that brightened The Great White Way.

Broadway hit its prime in the 1920s, when many old buildings originally used for housing or commercial interests became more valuable as places to hang brightly lit signs.

The “Talk” editors were more or less impressed by the displays. Despite their garishness, the Broadway lights were also a symbol of the youthful exuberance of Roaring Twenties New York:

The “Talk” editors sang the praises of the “aortic” Grand Central Station, which they dubbed a place of both dignity and efficiency that sorts a “surprisingly cheerful stream” of travelers with a certain rhythm, set in motion by an impassive gateman: 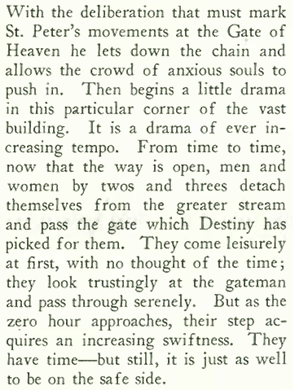 The Talk writers also added this lyrical observation of the traveling masses:

Talk also noted the recent travels of Cornelius Vanderbilt Jr., who was an apparent heir to the Vanderbilt fortune until he shunned high society and was disinherited by his parents for becoming a journalist and newspaper publisher. The Talk segment noted that Vanderbilt had returned from travels in Europe, where among other things until he rubbed elbows the Italian dictator Mussolini and observed the curious habits of people under his fascist rule: