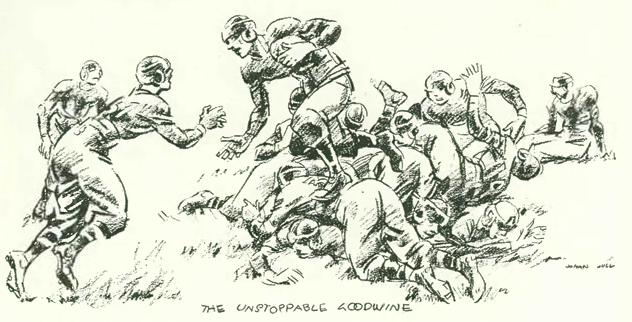 One of the strangest things about the fall 1926 issues of The New Yorker is the almost complete absence of baseball coverage, even though the 1926 Yankees had turned things around from an abysmal 1925 season and found themselves in the 1926 World Series against the St. Louis Cardinals.

The Yankee’s star Babe Ruth had recovered his health from the previous season and played exceptional all-around baseball in 1926, even setting a World Series record of three homers in the fourth game. According to (now disputed) newspaper reports at the time, Ruth had promised a sickly boy named Johnny Sylvester that he would hit a home run for him in Game 4. The papers reported that after Ruth’s three-homers, the boy’s condition miraculously improved.

The Yankees would lose the series in seven games (it would be the first of the Cardinals’ 11 WS championships), but nevertheless the season represented a dramatic turnaround for the team.

But The New Yorker was obsessed with college football, mostly Ivy League contests and the exploits of Knute Rockne and his Notre Dame Fighting Irish.

Sportswriter John Tunis cranked out lengthy accounts of football games, including the Princeton-Yale contest covered in the Nov. 20, 1926 issue.

The same issue also included an article by Herbert Reed, who wrote about Notre Dame’s victory over Army at Yankee Stadium and proclaimed the Fighting Irish to be the greatest team in the country.

The New Yorker caught the Notre Dame bug the previous season. When attendance dropped at Yankee Stadium due to an ailing Babe Ruth and his team’s losing record, college football took center stage at the stadium that fall, with the fiercely competitive Notre Dame–Army game the marquee match-up (the rivals would continue their annual meeting at Yankee Stadium until 1947).

The “other” game–professional football–was still in its infancy, and the editors of “The Talk of Town” made it clear that the college atmosphere was more to their liking. It is interesting that even today when fans compare college to pro football, the same observations are made: 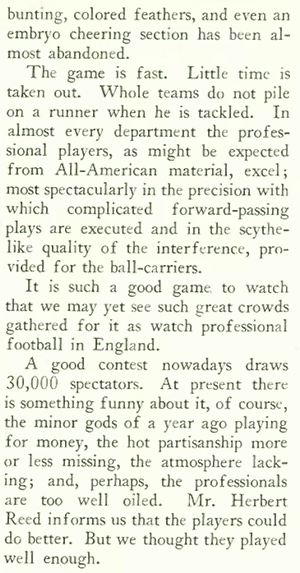 As for other sports, The New Yorker also offered extensive coverage of tennis, golf, and polo in its issues. And there would also be rowing, boat and auto racing, and steeplechase events such as National Horse Show at Madison Square Garden. An advertisement promoting that event appeared on the inside back cover:

The editors of “Talk of the Town” continued their sad refrain on the city’s changing landscape, the wrecking ball this visiting Gramercy Park: 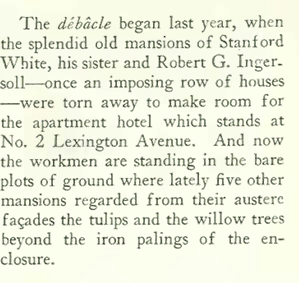 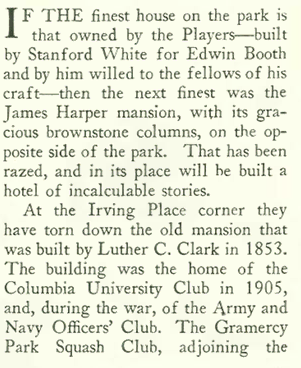 And to close, this terrific advertisment for the Greenwich Village Inn, illustrated by Hans Flato: