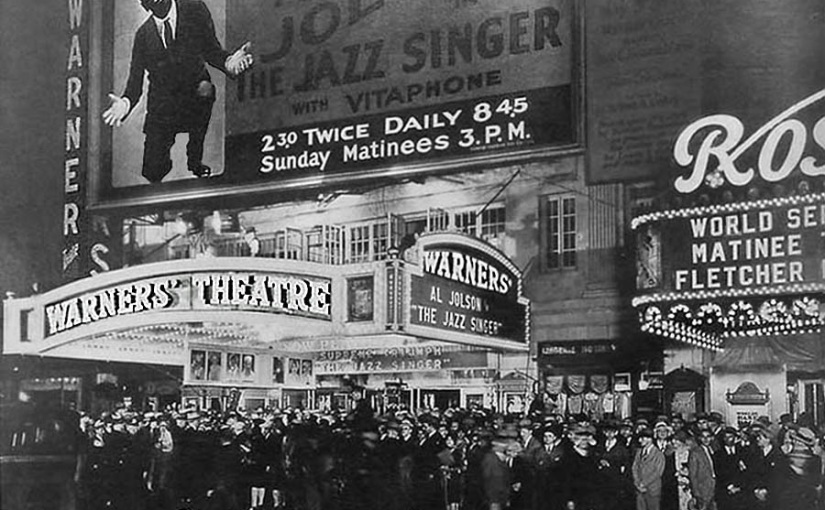 The Oct. 15, 1927 issue featured the premiere of the film The Jazz Singer. Although the New Yorker found the story a bit dull, it also recognized that the film’s use of sound marked a significant turning point in the short history of cinema.

The Jazz Singer was not the first film to employ sound, but as the New Yorker review pointed out, it was the first to effectively use synchronized sound (the industry standard Vitaphone technique) in a way that improved the motion picture.

The film featured only two minutes worth of sound dialogue, so most of the spoken lines were still presented on intertitle cards commonly used in silent films. But it was Al Jolson’s recorded voice, belting out popular tunes including “Toot, Toot, Tootsie,” that really wowed audiences. At the end of the film Jolson himself appeared on stage before an audience “clapping and bellowing with joy”… 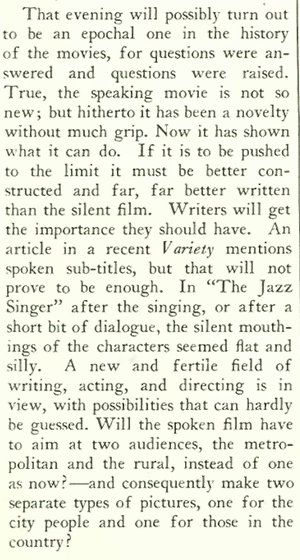 It is interesting that as early as 1927, and even with the relatively crude sound of Vitaphone, the New Yorker was already predicting the advent of a new kind of star (and the decline of the stage actor)… 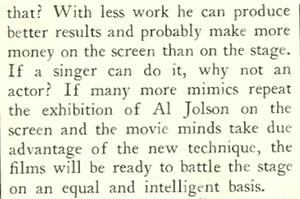 As for the movie itself, well, there was Jolson, beloved by many. Perhaps it’s the sound quality, or the 89 years of changing tastes, but I cannot for life of me understand what audiences (or the New Yorker) saw that was so appealing about Al Jolson as a performer. 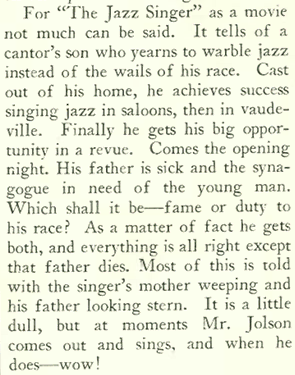 The New Yorker’s “Talk of the Town” offered some curious observations about the new ambassador to Mexico, Dwight Morrow.

Morrow has been widely hailed as a brilliant ambassador with a keen intellect. The New Yorker, however, offered some additional perspective on the man: 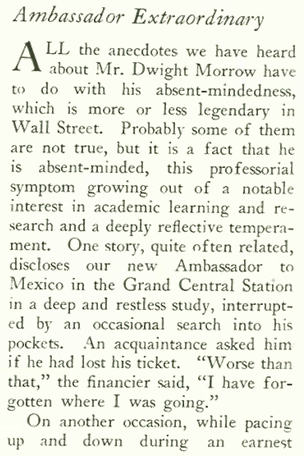 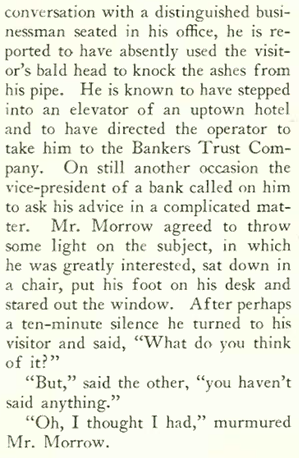 In the wake of Charles Lindbergh’s famous flight, the New Yorker (and the rest of the country) continued its fascination with air travel, which at this point was confined to military and commercial pilots, stunt flyers and the well-to-do. 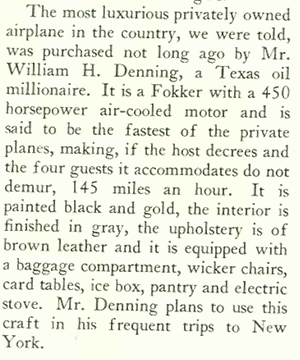 The New Yorker’s Paris correspondent, Janet Flanner, wrote of the funeral of famed modern dancer Isadora Duncan in her column, “Letter from Paris.” Duncan was killed in a freak accident on the night of Sept. 14, 1927 when her silk scarf, draped around her neck, became entangled around the open-spoked wheels of the car in which she was riding, breaking her neck. 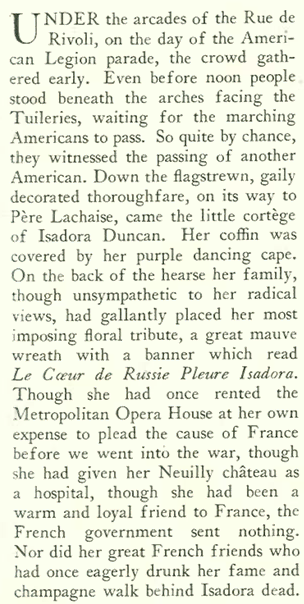 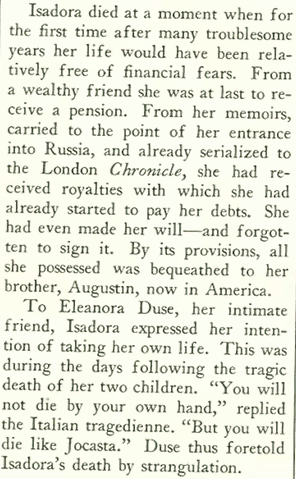 Other items of note from the Oct. 15 issue, E.B. White contributed this ditty… 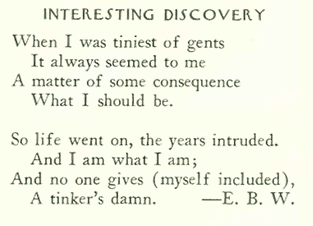 …and Corey Ford, who gave the fictional Eustace Tilley his persona, wrote of Tilley’s feat crossing Broadway in a parody of adventure stories popular at the time. An excerpt: 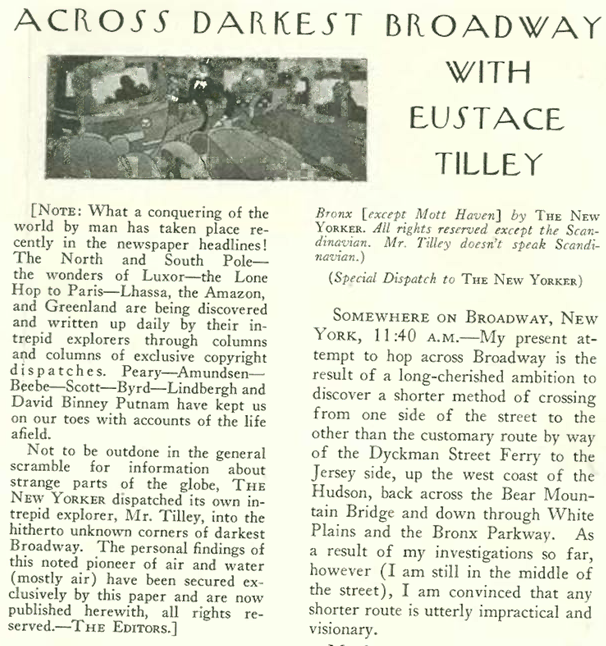 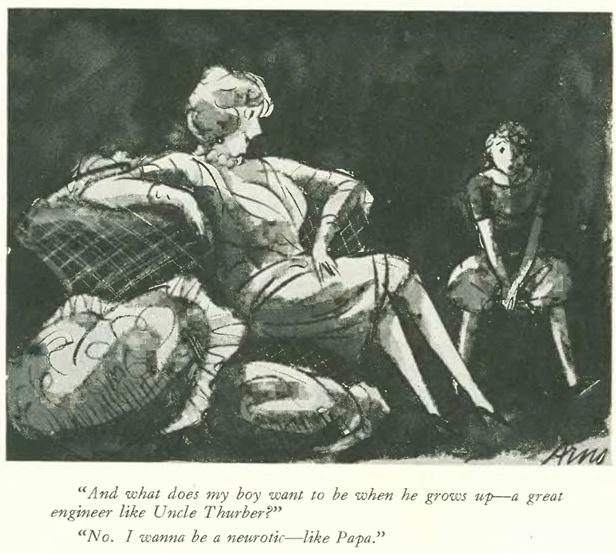 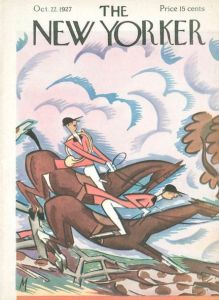