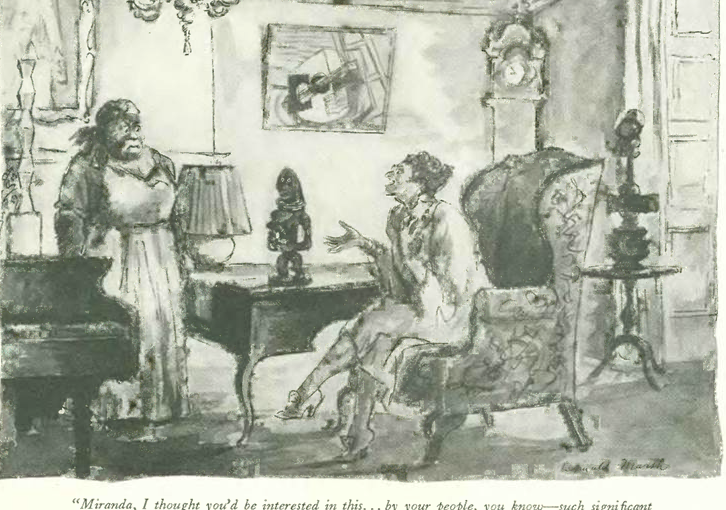 Ben Hecht was a well-known screenwriter, director, producer, playwright (notably, The Front Page) and journalist who contributed a number of comic essays to The New Yorker, including “The Caliph Complex” featured on Page 30 of the Dec. 4, 1926 issue.

The magazine consistently rejected “uptown slumming” by New Yorkers seeking exotic thrills in Harlem nightclubs (see my recent post on nightlife correspondent Lois Long’s ho-hum attitude toward the Cotton Club), and Ben Hecht was no exception to this stance.

In her book Defining New Yorker Humor, Judith Yaross Lee suggests that Hecht’s criticism of “slummers” was not an act of political liberalism, but rather was in line with the magazine’s habit of poking fun at the faddish. Hence the opening lines of Hecht’s essay: 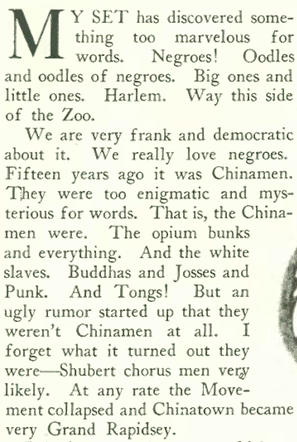 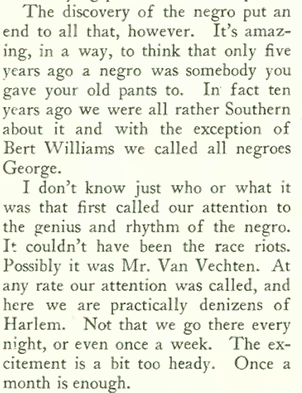 As I’ve previously noted, for all its sophistication The New Yorker of the 1920s was decidedly mainstream in treating blacks as racial “others.”

Lee notes that only a few illustrations in the magazine’s first five years depicted Asians, and the servant class was mostly represented by European types (butlers with a Jeeves-like air, or comely chamber-maids).

When it came to depictions of black and brown faces, Lee notes that the magazine featured “conventional” types of the day–minstrel figures in blackface (see illustration above) or exotic African dancers.

When blacks were depicted as servants, they were rendered as “mammies,” such as in this cartoon by Reginald Marsh in the Dec. 4 issue: 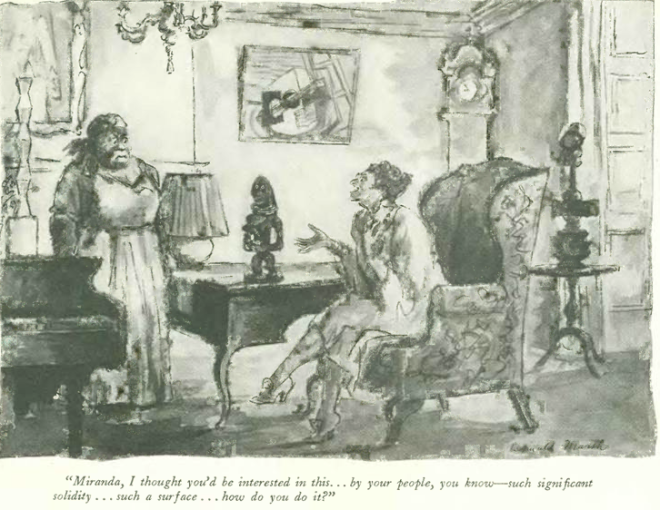 On the facing page, Peter Arno offered a depiction of a servant more typical for the magazine: 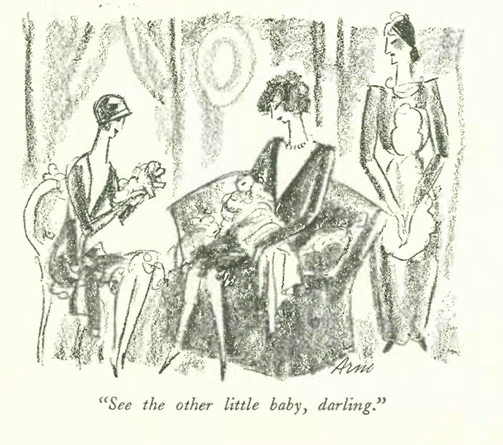 But lest we feel smug in looking down at our literary forebears, the current discourse in our country seems to indicate that we still have a long way to go on issues of race.

Although there is much to dislike about The New Yorker’s views on race 90 years ago, its criticism of faddish “slumming” did call into question 1920s notions of race. Lee notes that the cartoon by Reginald Marsh (above) is actually a sneer aimed at the white woman for her patronizing comment. She represented the “fashionable Afrophilia” that Hecht and his fellow New Yorker writers detested.

“The Caliph Complex,” according to Lee, “suggested that The New Yorker did not so much ignore Africanist movements as suspect their white supporters.” The following October, Dorothy Parker would pen the essay “Arrangement in Black and White”–the story of a party in honor of a famous gospel singer–that would echo Hecht’s attack on false liberalism.

Next Time: What Price Glory… 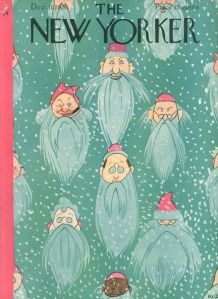