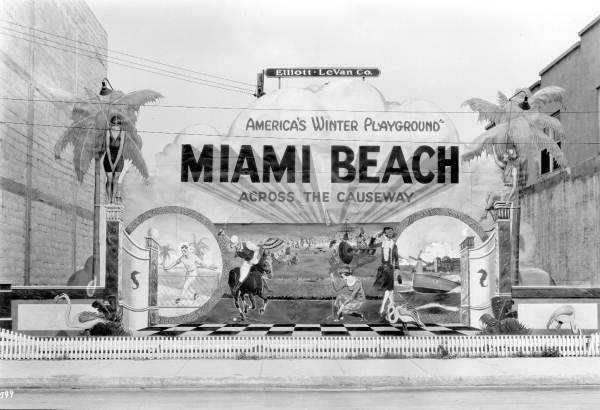 As we begin a new year of The New Yorker, it strikes me how little things have changed in 90 years, at least when it comes to human nature–wars and rumors of wars, celebrity gossip, the latest fads in music and fashion, fights over politics and religion. It’s all still with us. And yet, a person from 2015 would be seem like an extraterrestrial in 1926.

January 1926 was still a year and a half away from Lindbergh’s Atlantic flight. Today we think so little of jumping on a plane that soars seven miles above the earth and whisks us anywhere in a matter of hours. In fact we mostly gripe about it. I like comedian Louis C.K.’s response to a man’s complaint about a runway delay: “What happened then, did you fly through the air like a bird, incredibly? Did you soar into the clouds, impossibly?…You’re sitting in a chair in the sky. You’re like a Greek myth right now.” 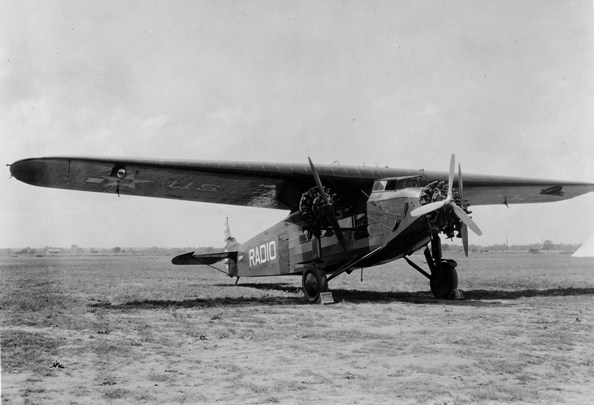 People in 1926 lived very differently (for better or worse), with far fewer distractions. No TV, only sporadic music on mono-tinny radios (or from mostly scratchy, hand-cranked records). Electric lights, but only if you lived in a city or town. The metropolis was noisy, but there was also silence. No cellphones or earphones, no CNN or ESPN blaring from every vertical surface. Your health? Forget it. Going to the dentist, regardless of your station in life, was a chamber of horrors. Ditto the doctor. Ever look at an antique doctor’s bag? Just some brown bottles, weird clamps and a saw. Penicillin wouldn’t be discovered until 1928, and for some reason lots of people died back then of peritonitis. It would claim both Rudolph Valentino and Harry Houdini in 1926. Finally, if you lived in 1926 you probably thought The War to End All Wars was just that. Only a few of the very sage saw the annihilation yet to come.

I titled this edition “Fun in the Sun” because the Jan. 2 issue opens with back-to-back ads enticing freezing New Yorkers to go south for the winter: 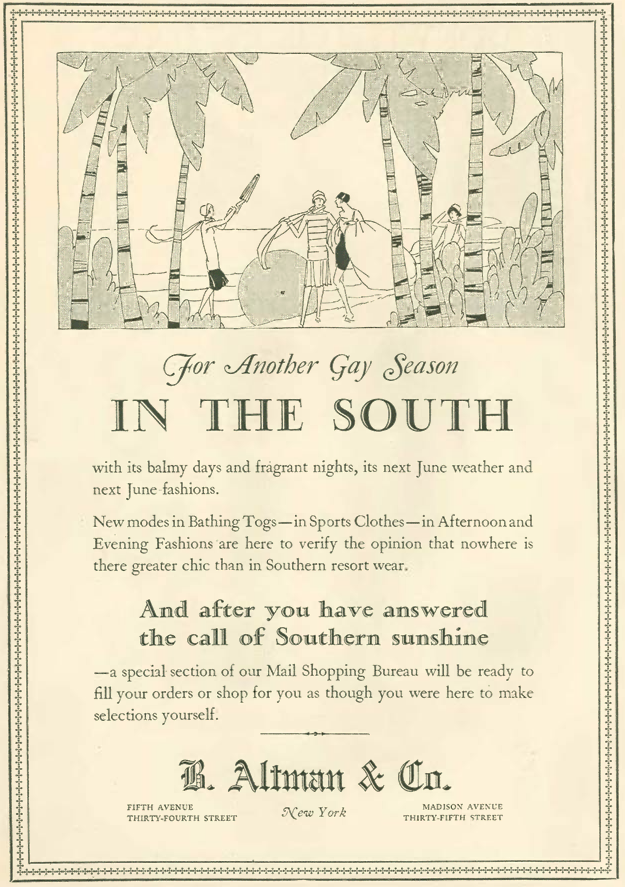 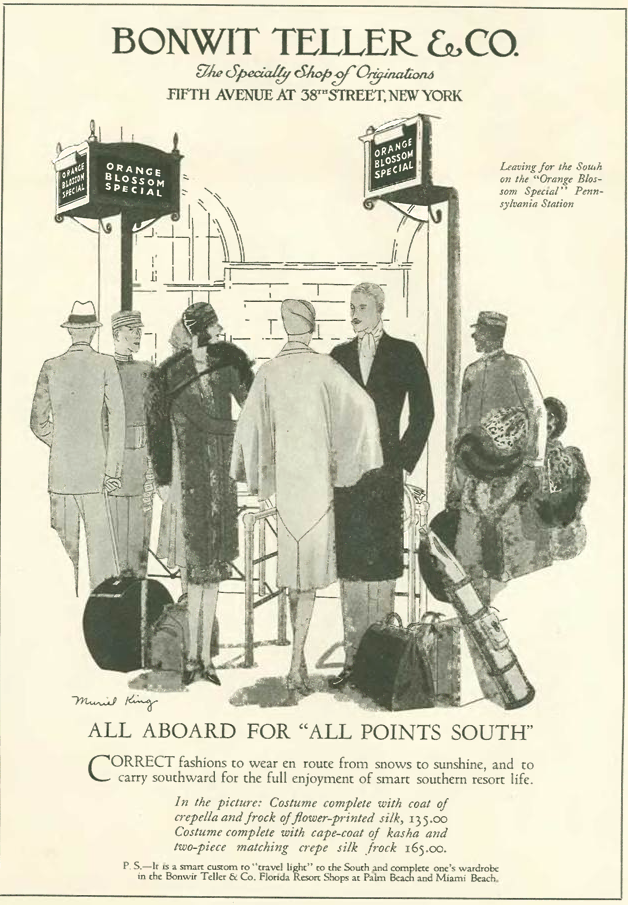 These were boom years for places like Miami Beach, formerly a quiet backwater but fast becoming a popular vacation getaway for New Yorkers and other Northeasterners. During the 1920s many wealthy industrialists from the north and Midwest also built their winter homes there.

In other items, the “Reporter at Large” Morris Markey commented on the death of Frank Munsey, American newspaper and magazine publisher. Munsey had a reputation for extreme frugality and was widely disliked by employees who blamed him for their “shoddy recompense.” Munsey is credited with the idea of using new high-speed printing presses to print cheap, ragged pulp magazines, especially for working-class readers. Magazines such as Munsey and Argosy were filled with various genres of action and adventure fiction.

Morris Markey wrote that Munsey would fire people on a whim for reasons that included being left-handed, too old, too young, or too fat. During his ownership of the New York Sun, Munsey gave “a peremptory order that all fat men, being inefficient and probably lazy, be expelled from the Sun staff.” Markey was no fan of Munsey as is clear in this excerpt:

Theodore Shane continued to be disappointed with films coming out of Hollywood. He described Norma Shearer’s latest picture His Secretary as “poor.”

The film was about a humble stenographer who suddenly transforms into a ravishing sex symbol, a “Cinderella theme” that Shane believed had been thoroughly worn out by the actress. He was also underwhelmed by the return to the screen of William S. Hart, once a big star of the early silents. 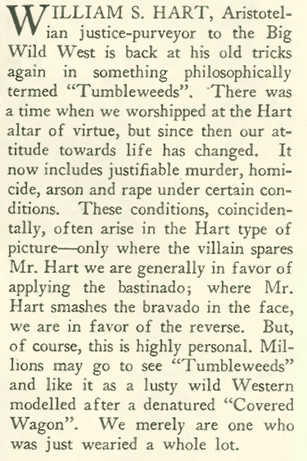 I have written several entries about the changing face of Fifth Avenue (the old mansions being destroyed, that is). Here is Robert Benchley’s take on the subject: 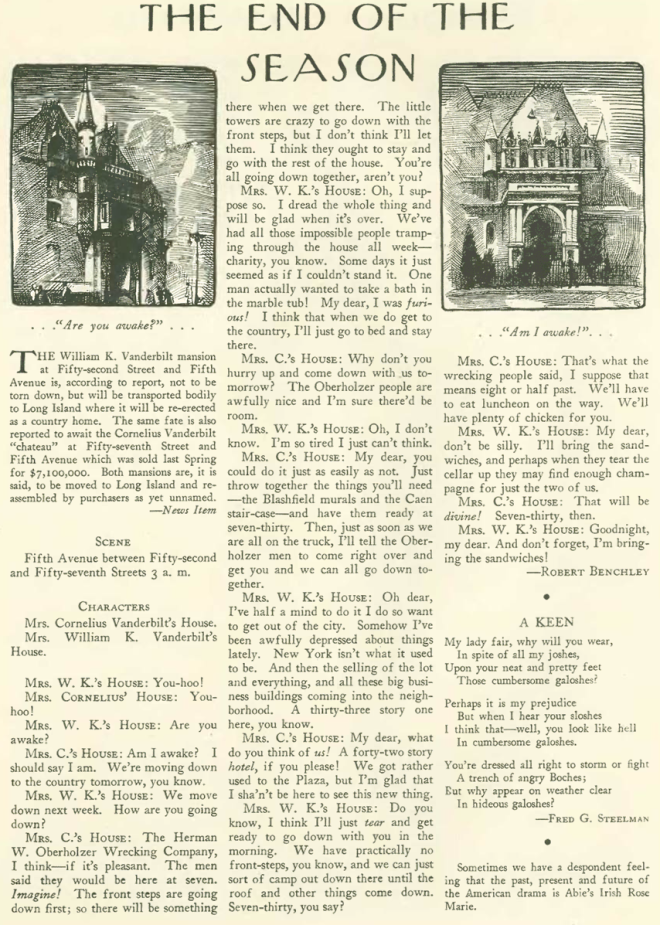 To close, an illustrated feature by Helen Hokinson, once again showing us how a college student of the 1920s looks (to my eyes anyway) as ancient and remote as a mastodon: 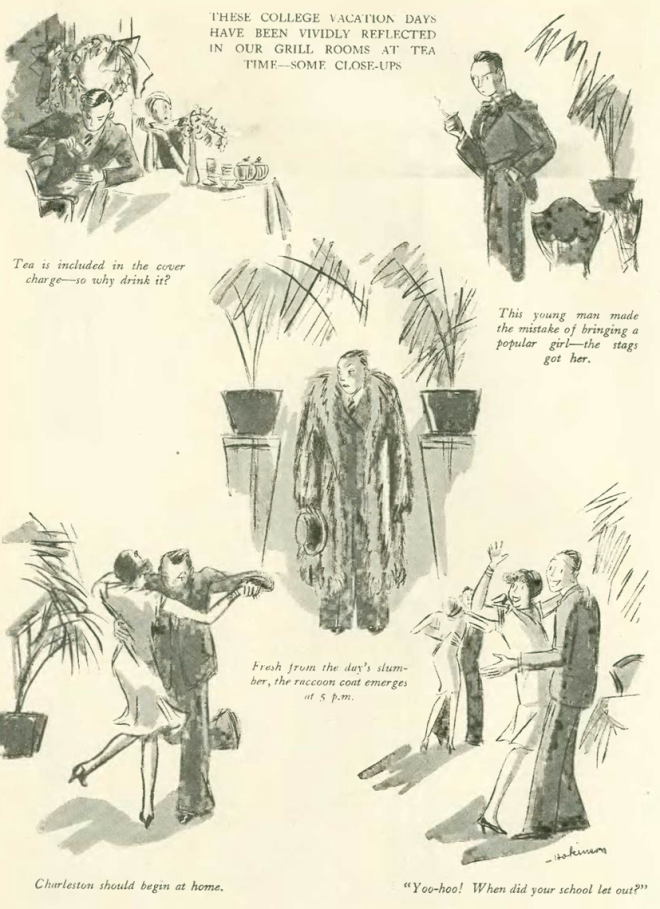 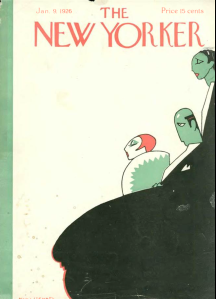