Although they didn’t know it, thirsty New Yorkers still had more than six and half of years of Prohibition to endure, and business was brisk for the rum runners who plied the coastal waters.

The March 6, 1926 issue featured the article “Rum Runners Must Live,” in which writer Emile C. Schnurmacher described the heroic efforts of bootleggers and rum runners in keeping New York’s countless speakeasies (and many home liquor cabinets) well stocked. Some 30,000 speakeasies were opened in New York City alone during the Prohibition era. 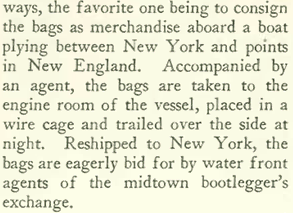 He told of how one rum-running boat, the Sea Bird, made its way through Flushing Bay (to pick up bootleg Scotch) while evading the Coast Guard: 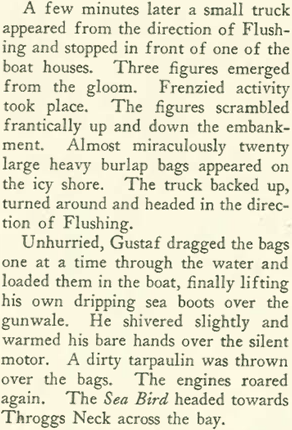 The boat later successfully delivered the “Scotch” near Yankee Stadium: 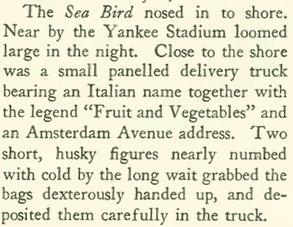 “The Talk of the Town” offered its regular update on bootleg prices. The local “synthetic” gin was reported to be of better quality than the imports, surprising given that synthetics poisoned a good number of folks back then: 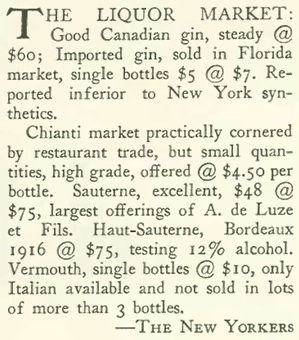 The blog Speakeasy Science notes that during Prohibition, police department chemists, “analyzing the so-called gin in the Brooklyn bar and around the city, reported that much of it was industrial alcohol, re-distilled to try to remove the wood alcohol content. The re-distilling was not notably successful. The poisonous alcohol remained and there was more: the chemists had detected traces of kerosene and mercury, and disinfectants including Lysol and carbolic acid in the beverages.”

In “Tables for Two,” Lois Long (who imbibed her share of bootleg alcohol) paid a visit to the Algonquin hotel and took some playful swipes at the denizens the famed Round Table: 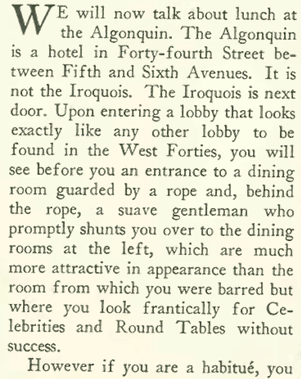 At the movies, Theodore Shane took deadly aim at the silent film version of the opera La Bohème:

And finally, Al Frueh’s sympathetic take on the wintertime toils of the rich: 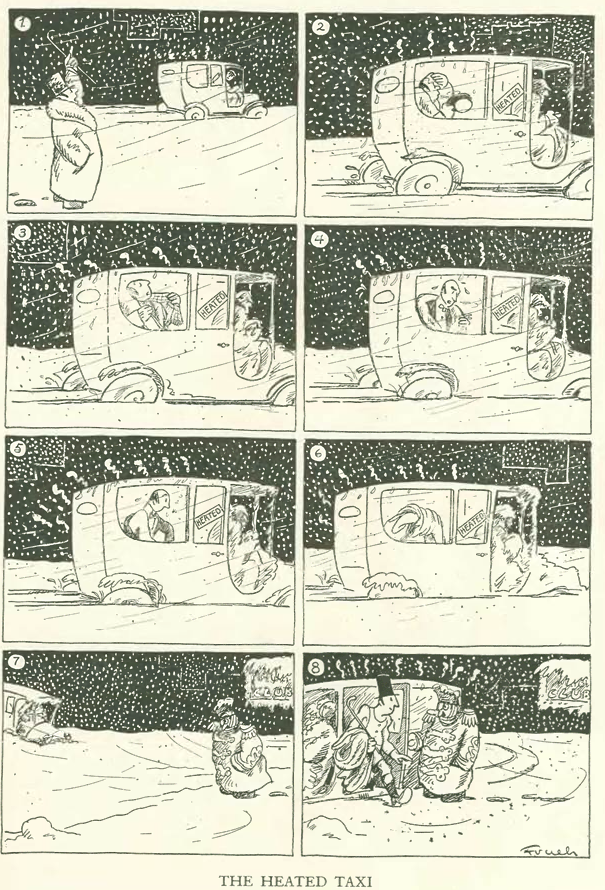 Next time: A Technicolor World…