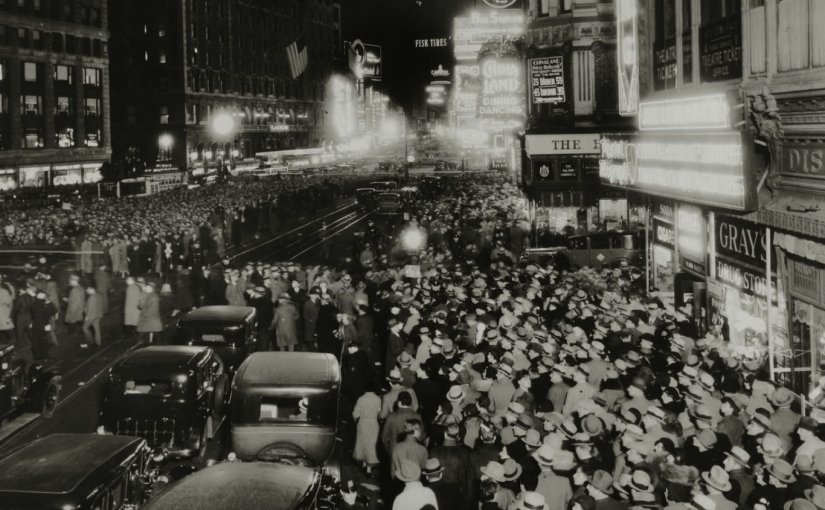 The writer Michael Arlen was back in pages of The New Yorker on the occasion of his second visit to the U.S. The magazine also heralded his first visit in March 1925, when he was liberally feted by various literary hangers-on and assorted socialites.

This time around Arlen was the guest of Charles Dillingham, “being at the moment deeply engaged in his host’s forthcoming presentation of Mr. Cyril Maude in “The Charming People.” And, between times, casting watchful eyes on “The Green Hat,” whose New York premiere next week comes just in the nick of time to save many of Mr. Arlen’s admirers from collapses fomented by anguished anticipation.”

With Arlen’s return, and with new works by the “youngster” Noel Coward (he was 26), ‘The Talk of the Town” noted that the fall theater season “will have a distinctly British flavor.”

“Talk” called Coward “the rage of the London dramatic season,” in anticipation of his upcoming New York presentations:

Babe Ruth also returned to “Talk” with another tale of mischief: 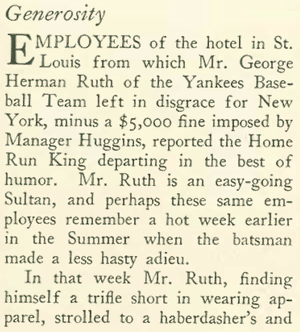 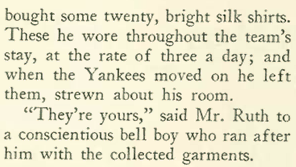 It was also reported that Charlie Chaplin was still playing the melancholy, holed up in his room at the Ritz with his telephone disconnected:

French tennis star Rene Lacoste was the subject in “Profiles.” John Tunis wrote, “The French are supposed to be a volatile people. Rene Lacoste us about as volatile as Swiss cheese. His is the most perfect self-control imaginable; both on the court and off, his is the demeanor of a real champion…he will go a very long way.”

“Moving Pictures” announced the arrival of the German film Siegfried at the Century Theatre. An advertisement in the magazine proclaimed that a “Symphonic Orchestra of 60 musicians from the Metropolitan Opera Co. render a special score compiled with Wagner’s Immortal Music…”

In my last post I wrote about Raoul Fleischmann’s investment in The New Yorker, and how his initial $25,000 led to subsequent infusions of hundreds of thousands of dollars. No doubt in an effort to recoup some of his investment, he started placing these full-page ads in the magazine that promoted health benefits of consuming his company’s product: yeast. 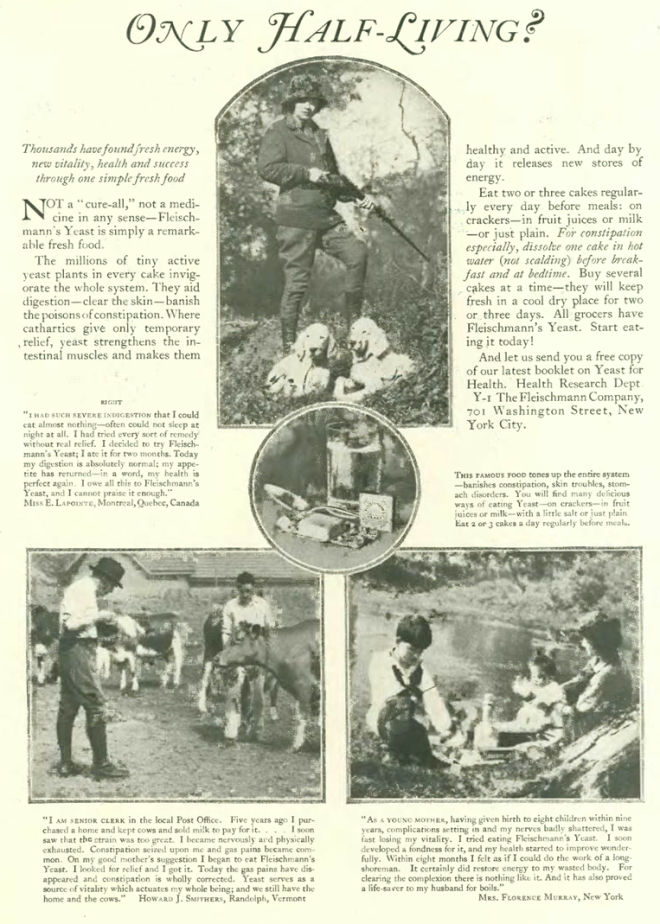 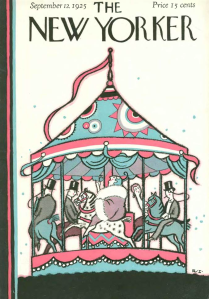