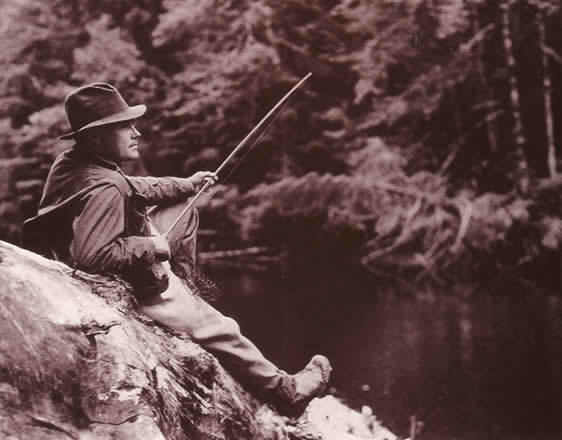 Before we jump into the autumn issues of 1925, I want to briefly look back at The New Yorker’s first summer, when the magazine limped along week to week but managed to survive thanks to a fortuitous meeting between Harold Ross and Raoul Fleischmann during a bridge game.

According to Thomas Kunkel’s book, Genius in Disguise, Fleischmann was the wealthy scion of a New York yeast and baking family, and a frequent guest of the Algonquin Round Table. He hated the baking business, so when Ross pitched the idea of investing in his new magazine, Fleischmann obliged with $25,000. Ross and his wife, Jane Grant, together put up the other $25,000 (which included some IOU’s), but after the magazine was launched and struggled during its first months, Fleischmann was further obliged to pour in many hundreds of thousands of dollars to keep the magazine afloat (and in spite teasing from his friends that he might as well dump the money in the river).

The magazine was actually killed as early as May 8, when Fleischmann called Ross and other magazine directors together after Ross lost a large amount of money in a poker game (money he’d plan to invest in the magazine).

Fortunately, the following day was fellow Round Tabler Franklin P. Adams’ wedding, and in the convivial atmosphere Ross and Fleishmann agreed to give the magazine another go.

As I’ve mentioned in previous posts, the magazine struggled mightily through the summer, with thin issues featuring in-house promotional ads that claimed the most prime advertising spots (including inside front and back covers).

However, the house ads were clever and fun to read, as Kunkel explains:

To help camouflage the dearth of advertising, Ross asked (New Yorker humor writer) Corey Ford to come up with some promotional, or “house” ads. Ford’s response was the “Making of the Magazine” series, which not only represented some of the cleverest writing in the 1925 New Yorker but went a long way toward establishing the magazine’s droll, self-deprecating tone… Each article was accompanied by a Johann Bull illustration featuring the ubiquitous (Eustace) Tilley, who was based on the Rea Irvin dandy (who was featured on the magazine’s first cover). Ford had simply made up the moniker (“’Tilley’ was the name of a maiden aunt,” he explained, “and I chose ‘Eustace’ because it sounded euphonious”), and soon it came to be identified with Irvin’s monocled figure. Tilley began turning up by name in Talk items and Ross listed him in the telephone directory. 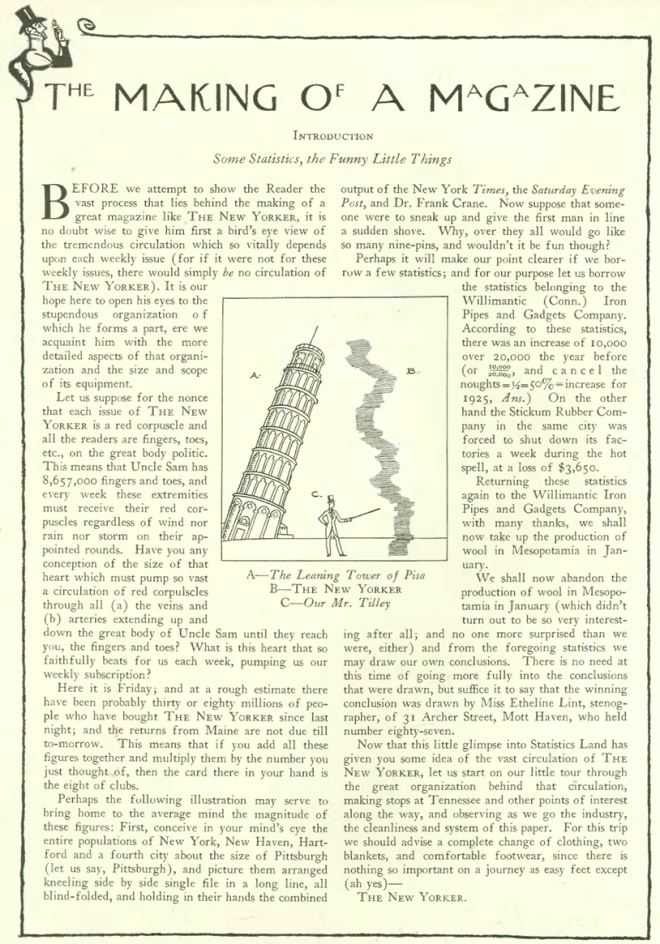 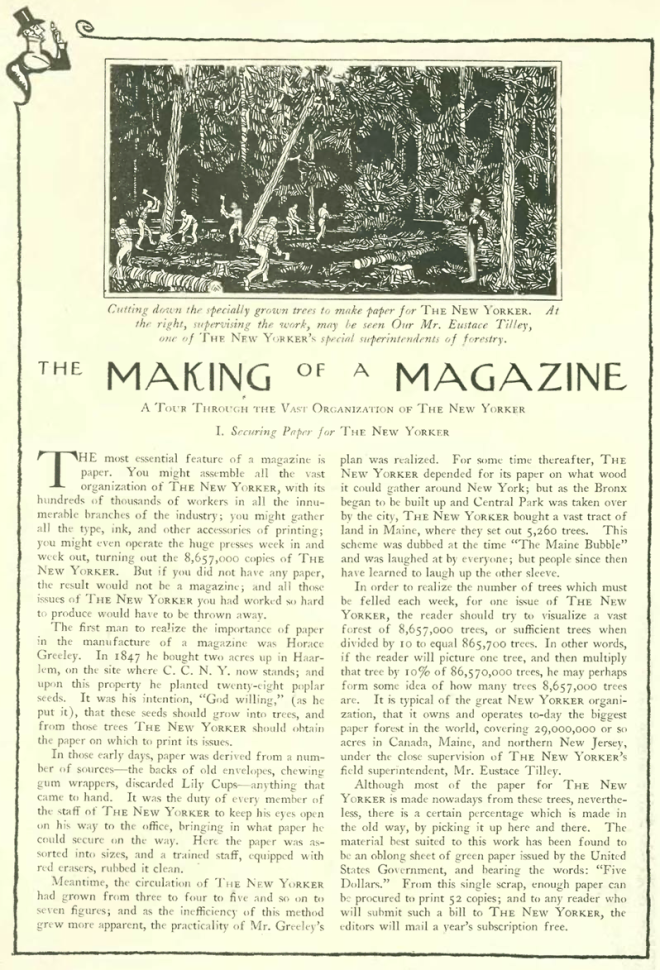 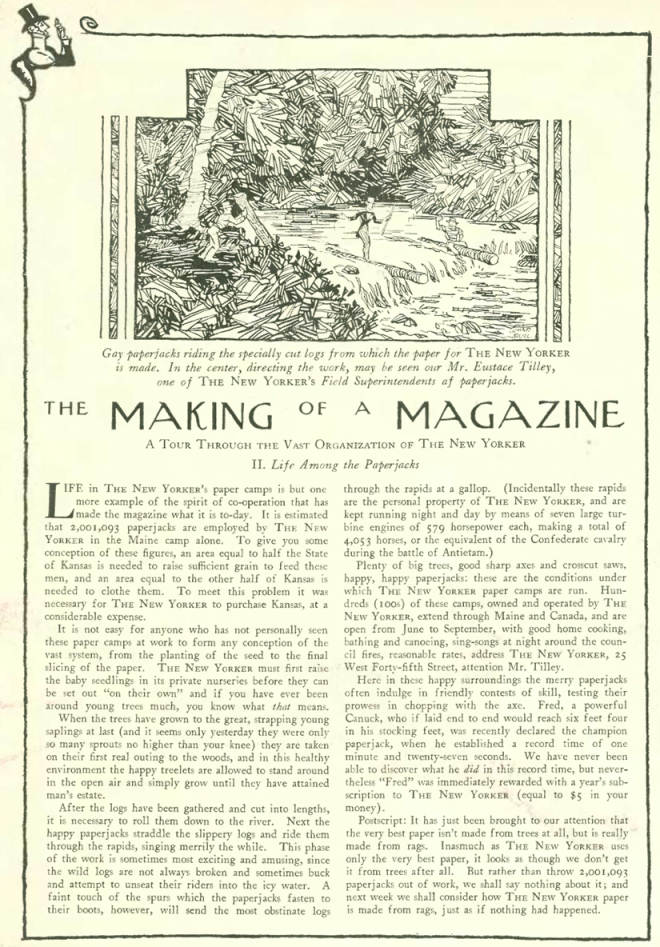 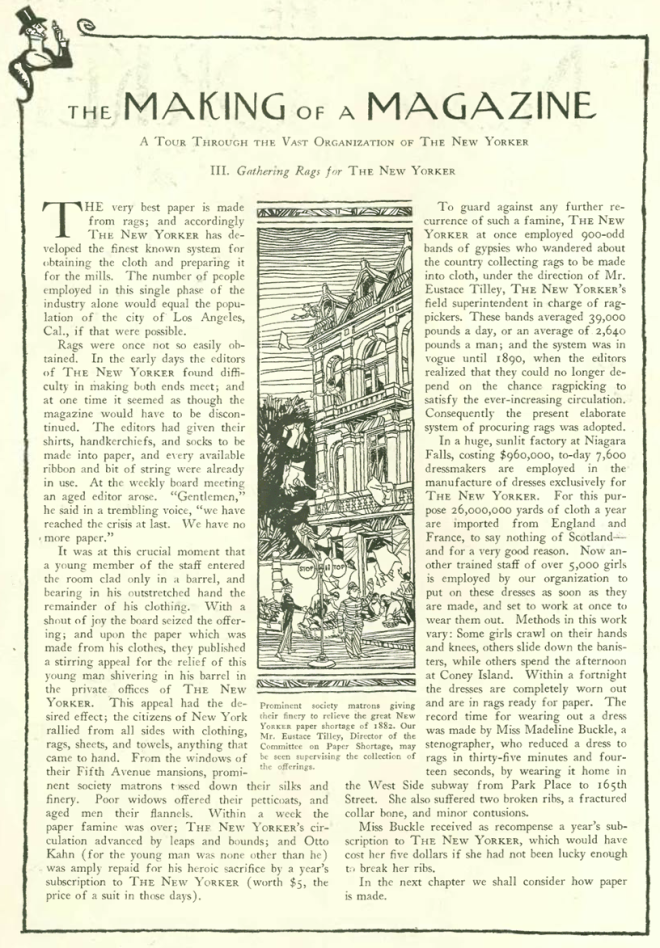